“I am sad to let you know that after a courageous battle with cancer,  Emeritus Librarian and former Head of  Cataloging, Eric Ewen,  passed away Saturday evening, January 18th. Eric started work at Gleeson in September 1974 and retired in September 2014. During those 40 years of dedicated service, Eric was instrumental in many of the Library’s accomplishments and provided leadership within USFFA. He was the cataloger’s cataloger. He also was a member of the search committee that hired me.  Rest in Power Eric.  Services are pending. I know you join me in expressing sympathy to his family.” 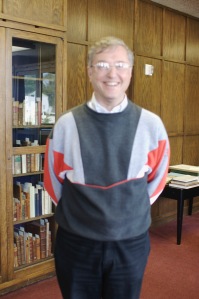 Those of us who knew Eric primarily at work knew a man dedicated to certain things: to Gleeson Library; librarianship and cataloging; the University; the Union; the Church. He was a gentleman in all the ways that don’t go out of style, always kind in word and deed even to those he might disagree with.

As a young librarian, I saw Eric as a little better than everyone else, or at least better than me: moderate, well-read, knowledgeable, personable, a good writer, a generous teacher (I spent some time on original cataloging under his watch, and he enjoyed congratulating me on the number of libraries that had used the records I created, even if it was only a small number).

In some ways, Eric’s spirit is best expressed in the annual Feast of St. Jerome celebration that he started with a few other librarians, and presided over for twenty years. The invitations he wrote for the event grew over time into witty personal essays, with regular themes: changes in the library; changes in world; St. Jerome, the patron saint of librarians (with a sub-theme of locating new portraits of St. Jerome); fine sherries; and camaraderie. 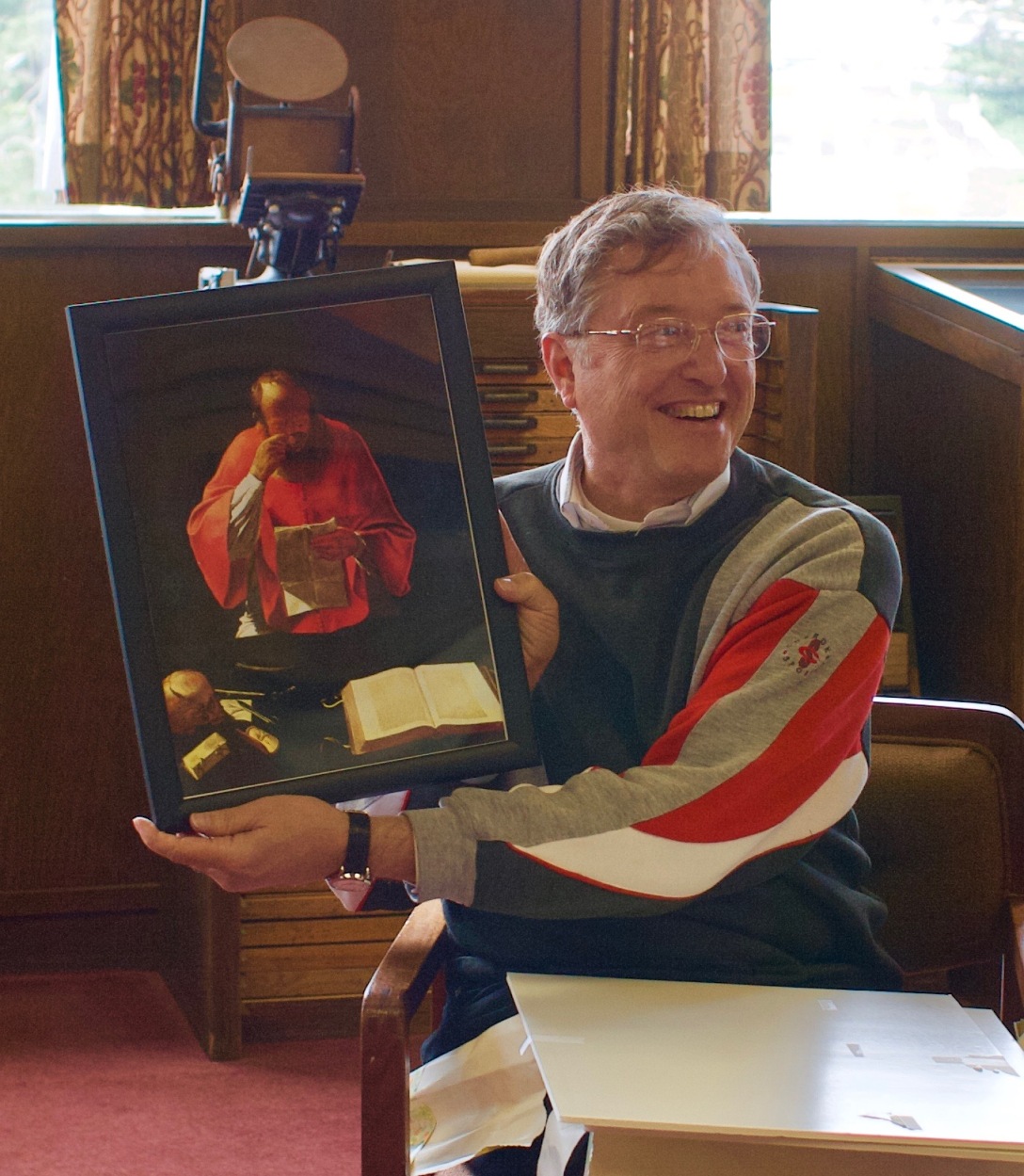 A brief excerpt from 1998’s invitation:

“By all accounts St. Jerome was an irascible scholar-gentleman who thrived on controversy and loved to engage in literary jousts with his intellectual opponents (none of whom he ever acknowledged to be his equal). He ended his life in self-imposed exile in a cave near Bethlehem, with the creatures of the desert as his only regular companions. We modern librarians, fortunately, seem to be cut from a gentler bolt of cloth. Our mission is to help patrons, not to antagonize them. Yet on an extremely busy day, when everything appears to be either going wrong, or out of control, the image of the solitary cave beckons and we think we might actually prefer to deal with desert creatures rather than our normal patrons.

So, as we do every year at this time, let us take a little break from our overbooked schedules and whatever else may be burdensome about our routines. Let us all assemble to enjoy a few quiet moments together, to refresh our spirts, to exchange some lighthearted gossip, to acknowledge our many real achievements, and to look forward to the challenges (and surprises) that the forthcoming academic [year] will surely bring our way.” 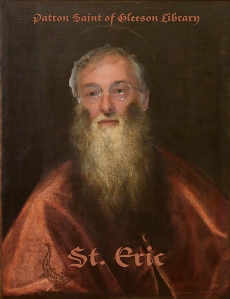 Read consecutively, these invitation-essays provide a selective history of Gleeson Library and current events, and clearly show how much Eric loved us.

At Eric’s retirement, I created a mashup of a photograph of Eric with a St. Jerome portrait and titled it “St. Eric.” It was offered then in the spirit of fun; today it feels like it holds a fair bit of truth as well.

See the obituary in the SF Chronicle